Can Fitbit improve my sleep?

I believe that Fitbit is a good thing. Any device that makes people more health conscious is doing a great deal for public health. But is a Fitbit accurate when it comes to measuring sleep? The answer is it depends. Actigraphy, which also monitors motion during sleep to approximate sleep times has been used for a long time. By recording motion during sleep it estimates the time you are sleeping and the time you are awake. But how does it know that you aren’t lying wide awake and motionless? It doesn’t. Essentially, if you aren’t moving it records the time as sleep. The same would apply to Fitbit, which is also known as an accelerometer.

In general, estimating sleep times with motion detection is more accurate in patients that don’t have sleep disorders. Research on actigraphy has found that in some patients with insomnia these devices underestimate sleep time. In older insomnia patients it has been shown to overestimate sleep time. While fancy devices offer the benefit of automation, studies have demonstrated that keeping a log in the old fashion way of writing down your estimated sleep time and wake time can work just as well.

One study which compared fitbit to actigraphy in patients with normal sleep found that both consistently overestimated the amount of time that individuals slept. Moreover, these devices don’t monitor breathing and should not be used to try and identify a sleep disorder like apnea. Still there is beneficial data that can be gathered from motion detection devices like Actigraphy (and probably Fitbit). Especially when combined with sleep logs or home sleep tests, they can help identify daily sleep patterns and assess treatment responses in certain conditions.

Fitbit and other devices offer good complementary data that can be used to gather an overall idea about ones sleep. But the greatest impact I believe Fitbit can have is that it encourages wellness. Anything that is going to encourage sleeping better is a good thing. If Fitbit can accomplish this, then it is doing a great deal of good!

← Prev: The best treatment for Insomnia you never heard of is... Next: Insomnia. Why can't I sleep? →

Insomnia. Why can’t I sleep?

If you can't fall asleep or stay asleep you are not alone. Most people experience brief periods of "Insomnia." It can...

The best treatment for Insomnia you never heard of is…

Sleep experts agree that Cognitive Behavioral Therapy for Insomnia (CBT-I) is the most effective therapy for Chronic... 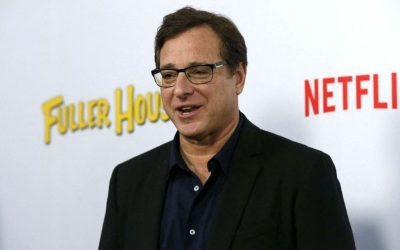 Bob Saget suffered a brain bleed that ultimately caused his death, according to his family. The 57-year-old comedian...