On June 25th, 2018, the U.S. Food & Drug Administration (FDA) approved Epidiolex (cannabidiol, CBD) for treatment of seizures associated with Lennox-Gastaut Syndrome and Dravet Syndrome, two forms of epilepsy. Epidiolex is the first plant-based drug derived from cannabis approved in the US, and it also represents a new medication option for children with epilepsy that does not respond to other anti-epileptic drugs.

What is Medical Cannabis and How Does It Help Seizures?

Cannabis, most frequently known as marijuana, contains a substance called cannabinoids that act on cells in the body to cause an effect. Two major ingredients of cannabis include: Though federal regulations, financial and time constraints have made it difficult to conduct extensive research for many years, recent studies have shown the benefits of CBD in treating epilepsy by reducing seizures. It has been particularly successful in treating epileptics who cannot tolerate anti-seizure medications. Serious side effects of such medications include: A staggering 80% of patients who are successfully treated with traditional methods suffer from negative side effects. 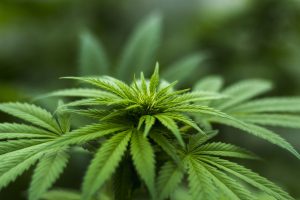 The best strains of marijuana for treating epilepsy tend to be high in CBD and low in THC. This provides the seizure reducing effects of CBD without the psychoactive effects. Common ways  for medical marijuana to be administered include: Though oral cannabis forms such as oils and edibles take longer to take effect (30 minutes to a few hours), the effects general last longer than smoking or vaping. Most medical marijuana states allow the use of cannabis to treat epilepsy. Book an appointment with Dr. Morgenstern to learn if it can help you or a loved one.