After experiencing a trauma, some people have the ability to bounce back and go about their daily lives without struggle. However, others end up developing post-traumatic stress disorder. This debilitating condition can last for years after the triggering incident.

What is Post-Traumatic Stress Disorder?

Post-traumatic stress disorder (PTSD) is a severe anxiety disorder that occurs after a person experiences psychological trauma. Symptoms of PTSD include:

Children suffering from PTSD may experience different symptoms such as wetting the bed, re-enacting the trauma or even losing the ability to speak. For some, PTSP develops immediately after a trauma. However, it can also develop months or even years after the triggering event.

Who suffers from PTSD?

PTSD affects nearly 8 million Americans, according to the Anxiety and Depression Association of America. Factors such as a family history of depression, the way a person’s brain regulates certain chemicals and a person’s natural temperament may make them more likely to suffer from PTSD than others. 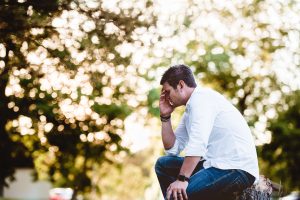 One of the groups most likely to suffer from PTSD is the military. Soldiers often witness horrific events

and can be severely affected. It’s not unusual for veterans to feel angry, confused or scared after battle. If these feelings don’t subside, they can become disruptive to a person’s daily life. Though some regain a sense of normalcy eventually, one in three people who experience PTSD will have symptoms for an extended period of time.

Though PTSD can be alleviated with cognitive behavioral therapy, it is not always effective. Some symptoms of PTSD, such as anxiety, sleep disturbances and depression, can be treated with medication, but they are not always successful and have a high risk of unpleasant side effects and addiction. Because the current treatments don’t always work, doctors are constantly researching more effective options. One of these options is medical marijuana.

Studies have shown that medical marijuana can help treat PTSD even in cases that have not responses to therapy and/or medication. Both mental and physical symptoms of PTSD can be reduced with medical marijuana because cannabinoid receptors are located throughout the body and brain. When cannabinoid receptors are activated, they work to help suppress memory and lower anxiety. In other words, the receptors can help those with PTSD forget the traumatic events that have occurred in their life. PTSD also tends to lower a person’s levels of anandamide, essentially the body’s own antidepressant, and certain components of marijuana may be able to raise their levels.

Medical marijuana also can make PTSD sufferers feel less anxiety and calmer when they participate in alternative forms of treatment such as therapy.

More research must be conducted to solidify just how effective medical marijuana is in treating PTSD, but from the sounds of it, it certainly has great potential. Several states have already given medical marijuana patients the option to use cannabis to treat their PTSD.

Unfortunately, until cannabis is made federally legal, there will be many PTSD patients with no alternative treatment to pills with unwanted side effects.